Have you ever gone to the grocery store and bought a rump roast because it’s cheap and a lot of meat? Well I did, but then thought to myself, what to do with a rump roast?

Obviously it’s a beef roast, but not the type that you make tender roast beef with.

Instead this type of beef is tougher and you need to make it tender by either cooking it for a while or cooking it under pressure. I opted to make a beef rump roast pressure cooker recipe!

I grew up with my dad using a stove top pressure cooker, and I was super afraid that it was going to explode every time he used it.

Why you’ll love this recipe

I absolutely LOVE using my Instant Pot to cook foods that normally take HOURS to make like this beef rump roast recipe. Since getting my Instant Pot, my crockpot has been gathering dusk in my kitchen cabinet.

I know this recipe may seem that it has a few extra steps with having to cook on the sauté setting, but it more than makes up for it with the short cooking time. And one of the best things about this easy beginner recipe is that there aren’t any fancy ingredients! All of the ingredients can be found at a normal grocery store.

How to make a rump roast in Instant Pot Pressure Cooker

What is a rump roast

A rump roast is usually a sirloin cut from the bottom round (the cow’s hind area). It doesn’t have much fat so it’s typically a tough piece of meat. That’s why it’s great to cook in a pressure cooker, Instant Pot or slow cooker.

What is a rolled rump roast?

A rolled rump roast it when you take a rump roast and roll it up and tie with with twine so that it holds it’s shape.

What is a bottom round rump roast?

A bottom round rump roast is just another name for a rump roast.

How long to cook a rump roast?

The rump roast and chuck roast are both tougher cuts of meat because they are muscles that the cow actively uses. They are full of connective tissue and collagen which makes them less tender. Of the two cuts, the rump roast is a little more tender than the chuck roast.

The rump roast is from the booty area aka RUMP area whereas the chuck is from the shoulder area. Both of these cuts have good flavor because they are from a more exercised area of the cow.

How to cook a rump roast without an Instant Pot

How to cook a rump roast in a slow cooker

One good thing about cooking with a crock pot is that you can basically throw all of the ingredients for the rump roast recipe in the slow cooker, set the timer and go about your day. But the down-fall is that it will take you 6 to 8 hours to cook your dinner.

How to cook a rump roast in an oven

How to make a rump roast tender

You can make a rump roast tender by braising it, roasting it in the oven, cooking it in a crock pot or cooking the rump roast in a pressure cooker.

Other names for rump roast

If you want to start a keto diet and don’t know where to start, check out my Ultimate Guide to Clean Keto. Check out my 2 week keto diet meal plans if you need some meal prep inspo! They use a bulk meal prep technique and are meant to save time and money! If you loved this recipe, sign up to my newsletter to be notified when a new recipe is released!

HOW TO COOK A RUMP ROAST WITH POTATOES AND CARROTS 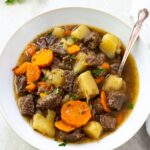 Store leftovers in an airtight container in the fridge for up to 5 days. Or store in the freezer for up to 6 months. 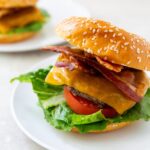 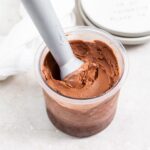 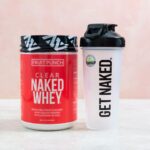 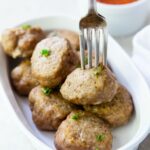 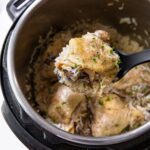 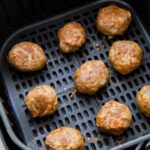